For some of us, a home gym is the best option for regular exercise or training.

Except cardio equipment. It seems to be a universal truth that after 10 hours of use they all turn into clothes racks.

Personally, I think a power lifting cage (also known by several other names) is the most versatile piece of equipment that you can own. That’s another post.

If you are going to bench press alone, it should be done in a cage with the crossbars set just a few inches below the thickest portion of your chest.

The bench press is probably the most dangerous exercise that is done in the gym, as relatively heavy weight is held over your chest and neck and is supported by the shoulders. The shoulders are some of the most regularly injured joints that we have. Combine an easily injured joint and heavy weight, then spread across a bar that’s just over an inch in diameter, and you have a recipe for a potentially bad day.

I’ve personally known two people who’ve been injured by a failure on the bench press. One ended up with the bar on his throat and he said he genuinely thought that he was going to die. The other lost both of his front teeth. Neither of them had a spotter.

Moral of the story? Get a partner, get in a rack with pins, or don’t bench press with a barbell. 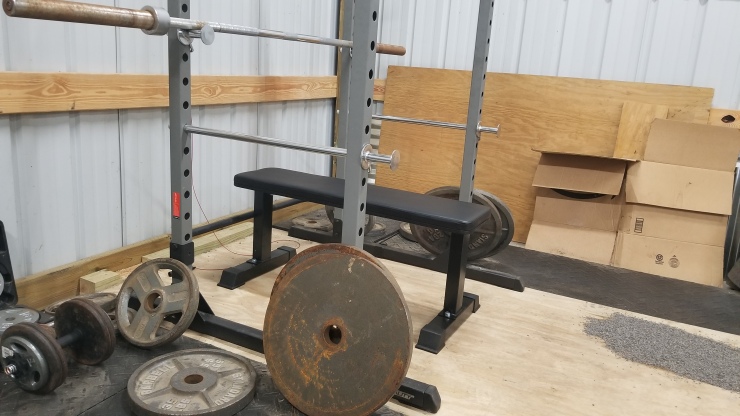